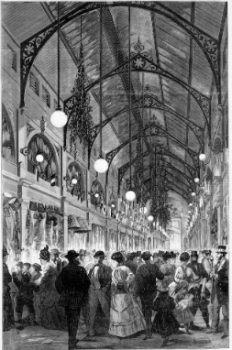 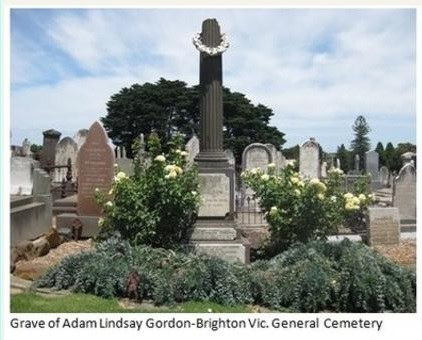 Appropriately enough, one of the concluding fixtures of Authors’ Week was observed yesterday afternoon in the pilgrimage to the grave of Adam Lindsay Gordon in Brighton Cemetery. “Critics may come and critics may go, but the works of Gordon will live in the minds of the populace as long as Australia is Australia. He was assuredly one of the small band of Australian writers who “glanced from Heaven to Earth and from Earth to Heaven”. In his own page his memory lives enshrined”. Author’s Week The Age Mon 19 September 1927 Page 12 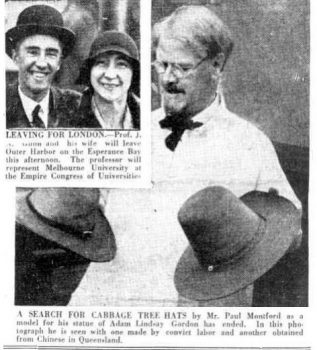 The Creator of Gordon’s Abbey Bust